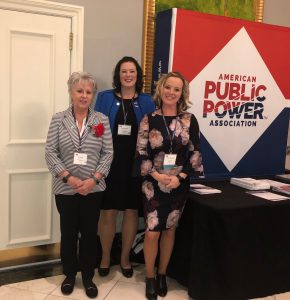 American Municipal Power (AMP) issued $2.9 billion of BABs on behalf of the City of Bryan and 84 other AMP member communities to help finance the construction of a number of electric generating projects. These include the AMP Combined Hydro (Cannelton, Smithland and Willow Island) Project, Meldahl Hydroelectric Project and Prairie State Energy Campus.
In 2013 Congress reduced BABs interest rebates as part of the federal sequester. These sequestration impacts are projected to cost BMU electric consumers $869,828 from 2013-2029. City and AMP staff requested the legislators’ assistance in restoring BABs interest rebates to pre-sequestration levels. 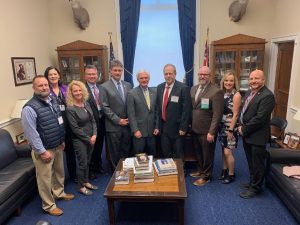 We have reached out to our congressional representative and to both United States Senators to discuss these issues impacting the City of Bryan. Because these costs are ultimately paid by customers, we encourage our residential and business customers to also weigh in with their elected officials at the federal level and request that they direct the Federal Energy Regulatory Commission to require additional checks and balances on the supplemental transmission planning process. It’s in all of our best interest to enhance the level of scrutiny over supplemental transmission projects to ensure they are prudent, cost-effective and future-focused.

We fully believe that transmission is a vital component of ensuring reliable service for our City’s electricity consumers. Unfortunately, our biggest increase in power costs in recent years has been for the provision of transmission service. Furthermore, there is a varying degree of state oversight of supplemental projects with little to no siting or other requirements for most supplemental projects in the PJM footprint. As a result, they do not receive the same level of scrutiny as baseline transmission projects.