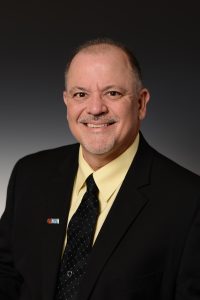 Maynard began his career as a part-time drafting technician for Bryan Municipal Utilities in 1980. He served as Water Plant Operator, Water Plant Supervisor and Superintendent of Water prior to becoming Director of Utilities in 1993, a position he held until 1997.

Kevin has more than 36 years of experience in the electric, natural gas, telecommunications, water and wastewater industries, and has served as Director of Electric/Director of Utilities for the City of Hamilton, Ohio, since February 2014. He currently serves on the Board of Trustees of American Municipal Power, Inc., Columbus, Ohio, as Secretary of the AMP Board of Trustees, and is an Honorary Member of the Ohio Municipal Electric Association.

Maynard is a life member and past president of the Williams County Historical Society and Stryker Area Heritage Council, and has researched Williams County history for 30 years. He has written or coauthored numerous local history articles, books and other publications. He is past member of the Bryan Rotary Club, Bryan Area Chamber of Commerce Industrial Division, and Bryan Industrial Park Advisory Committee.