More than 40 lineworkers competed in the rodeo, which featured three levels of competition: team, individual and apprentice. The events were designed to replicate actual lineworker tasks and to test skills needed on a daily basis. Events were judged based upon safety, work practices, neatness, ability, equipment handling and timely event completion.

“It was fun. It was a good experience – a chance to push my limits, test myself and learn some new things, and just figure out how to work quicker and more efficient,” said Longcore.

“Lineworkers represent the heart and soul of our industry, working daily to maintain the system and responding when outages do occur. The role they play is extremely important,” said AMP Assistant Vice President of Technical Services Michelle Palmer. “While this was a competition, it was really an acknowledgement of the commitment and professionalism of the men and women who keep the lights on.”

The AMP Lineworker Rodeo mirrors the event held annually on a national level by American Public Power Association. Other communities participating in the rodeo this year were Cleveland, Cuyahoga Falls, Jackson Center, Piqua, Tipp City, Wadsworth, and Westerville in Ohio; Coldwater and Marshall in Michigan; and Central Virginia Electric Cooperative. 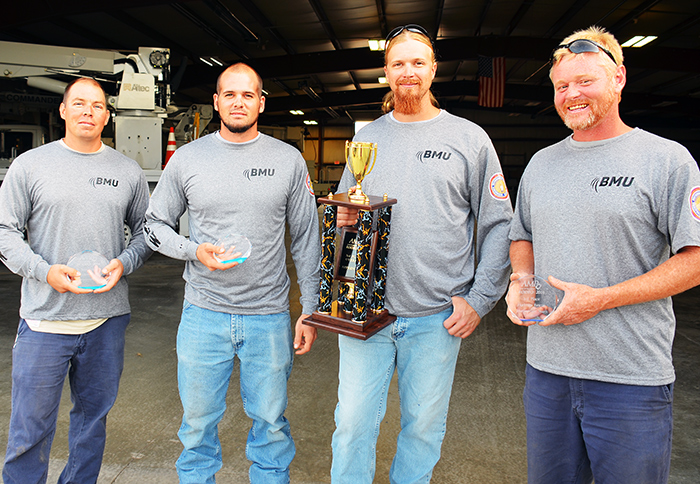