BMU director resigns; Board prepares to search for replacement 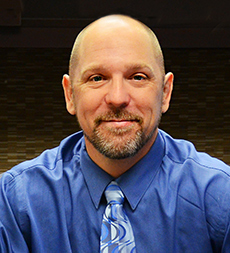 Bryan Municipal Utilities Director Brian Carlin informed the Board of Public Affairs at special meeting on Monday that he is resigning in August. Carlin, who has been director since 2013, said that he has accepted another position in private industry.

“The decision to leave Bryan Municipal Utilities after 22 years of service has not come easy,” said Carlin, “but I was recently approached with a career opportunity I cannot afford to pass up. It is one that is consistent with my leadership beliefs and people development goals.”

Carlin thanked the Board for the opportunities, experience, and knowledge he has gained while at BMU. He began his career at BMU in 1994 as a meter reader and worked his way up to journeyman lineworker. Carlin was selected to head up the electric department in 2007 and was named director in 2013.

“We appreciate Brian for what he has contributed to the utility over his years of service, especially as director. He’s played a big part in developing our management team and staff,” said Board Chairman Jim Salsbury. “We wish him well in his new job.”

Salsbury said the Board will begin preparing for a national search to find a qualified replacement. “We are facing some strategic challenges in the industry and are currently committed to several critical projects such as the electric cost of service study and implementing automatic metering. The ideal candidate will have utility management experience, be fiscally knowledgeable, and understand the value of public power and what it means to serve our customer/owners.”

Salsbury said the Board would look to American Public Power Association, the national organization that represents community-owned electric utilities, and American Municipal Power, the non-profit wholesale power supplier in Ohio, to advertise the position. He added that the Board might consider the option of hiring professionals to help with their search.

“We want to take time to complete a careful search and hire the best qualified person we can to direct the utility,” said Salsbury. “This is an important decision for both BMU and the community.”

When asked about highlights of his time as director, Carlin pointed to his impact on the organizational culture at BMU. “It’s not about the projects or budget. These are important, but the greatest asset of the utility is the people and their willingness to be public servants. My focus was to emphasize the value of service.”